Facebook Twitter LinkedIn Pocket WhatsApp Telegram Share via Email
From Athan Agbakwuru, Owerri
An agro-based firm, Ezelukwu Ventures Nigeria Ltd has announced its plans to employ and empower 6,000 youths of Imo State and other South East states in three years through its mechanized farming establishment situated in Okigwe area of Imo State.
Managing Director and Chief Executive Officer of the firm, Hon. Austin Nnadozie Nnodim who made the disclosure in Owerri during a chat with newsmen hinted that the organization had already acquired over 21hectares of land in Umulolo and Agbaobu communities in the Okigwe council area of the state for the planned full scale mechanized farming.
He stated that Ezelukwu Ventures in collaboration with the Justcorn Agricultural Development Service based in the United States of America has concluded arrangements for commencement of full scale agricultural production.
The project, Hon. Nnodim added, is part of the company’s determination to assist state governments in the fight against food insecurity, poverty and youth unemployment as well as general insecurity in the South East geopolitical zone of Nigeria.
He stated that the planned commencement of a full scale mechanized farming in the South East would among other things boost food production, engage the youths in gainful employment and also generate raw materials for some factories, industries, especially pharmaceutical companies in the country.
The Imo-born consultant and agricultural expert explained that the flag off of the project had been slated to take place by the end of this month even as the companies had entered into agreement with the landowners in Umulolo and Agbaobu Communities for commencement of farming activities.
Nnodim stated that a steering committee on the project from the Okigwe LGA headed by Dr. Charles Umezuruike had been inaugurated with Fabian Nwosu as the liaison officer representing the two (2) communities of Umulolo and Agbaobu.
“Given the size of the land acquired for the project and the area of coverage in the South East, within the first year of operation, harvest and production, the organization is hopeful of generating at least 2,000 job opportunities and 6000 within 3 years.
“The company would massively produce cassava whose value, he said is greater than that of oil and from which the nation would earn more than it earns from oil, plant, maize, soya beans, biofuel, raw material for pharmaceutical and manufacturing industries, breweries, animal food and feed production and breweries as well as food grains.
“The expectation is very high while the challenges are quite enormous because the South East occupies the forest region and going into mechanized farming in this area is not going to be a tea party because we are going to clear a highly wooded area into an agro field for planting of desired crops, creating roads, and construction of farms are basically the main challenges,” he disclosed.
Fielding questions, the consultant appealed to governments in the South East zone to assist his firm by providing the enabling environment that would enhance production saying that the company is out to partner government in tackling food shortage, unemployment and insecurity in Imo State,  South East zone and the country at large.
He further explained despite the capital intensive nature of the project, his company and its foreign partners and other interested investors, the company would not be deterred by the numerous challenges facing the take off pointing out the challenges would be tackled case by case as they come.
Nnodim used the occasion to call on well meaning and trusted Imo businessmen who are interested in agricultural revolution in the country especially in the Southeast to come on board and partner with the company to make its vision a reality.
He commended the host communities that donated the 21hectares of land assuring them of his organization’s readiness to continually support them and attract development to the area.
Show More
Share
Facebook Twitter LinkedIn Pocket WhatsApp Telegram Share via Email Print 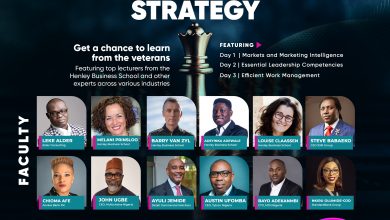