Facebook Twitter LinkedIn Pocket WhatsApp Telegram Share via Email
By Iyke Nwokedi
Board members of the newly elected Anambra State Football Association (ANSFA) on Friday at the Otuocha Township Stadium paid a surprise visit to Team Anambra female football side that will represent the state in female football event for the upcoming ‘Edo 2020’ 20th National Sports Festival (NSF).
The Victor Aniekwena led board presented football kits and materials to the team as a morale booster and support as they prepare for the football event of the 20th NSF. Materials presented to the team were 4 sets of bibs, 15 footballs, cones, first aid box, manuel football pump, branded MyAnambra football jerseys and packets of bottled water.
Addressing the team, a member of the board and Ex-Rangers International, Prince Oliver Ndigwe stated that the visit to the team was to encourage, support and show solidarity to the side as they prepare for the 20th NSF. Ndigwe told the girls that they have a bright future playing the round leather game as the ANSFA board is working on a viable and dynamic programme that will enhance the state of female football in the land. He pointed out that the ANSFA board has all but concluded plans to start a female football league in the state.
Also speaking, another member of the board and a retired Grade I referee, Cordelia Akanna admonished the girls to make discipline and obedience their watchword as they get set to embark on the national assignment, she stated that football ambassador, Maureen Mmadu, is a living example of one with a successful career and the ladies should strive to make a mark for their football career. Football Ambassador and former Super Falcons assistant coach, Maureen Madu adviced the girls to be dedicated and committed to the task ahead, she emphasized on the need for the girls to eat right and rest adequately. In his submission, Dunukofia LGA Local Football Council Chairman, Engr. Okey Okeke, admonished the ladies to play as a unit, support and applaud each other even when they are not getting their acts right, he called on the skipper of side to be a good leader at all times motivating the girls as teamwork is the key to success.
In his reaction, Head Coach of the team, Emeka Ugwu, thanked the ANSFA board for their support stating that it is the beginning of a new era in the state, he promised that the side will do well and make the state proud at the showpiece event. The ANSFA board thereafter promised the team the sum of N300,000 if they win the gold medal, N200,000 for Silver and N100,000 for bronze medal. Present at the occasion were the Local Football Council chairmen/vice chairmen from Idemili North, Idemili South, Awka South, Awka North, Dunukofia, Njikoka, Anambra East, Onitsha North and Ayamelum as well as the Secretary of the ANSFA board, Chijioke Onyedika.
Show More
Share
Facebook Twitter LinkedIn Pocket WhatsApp Telegram Share via Email Print 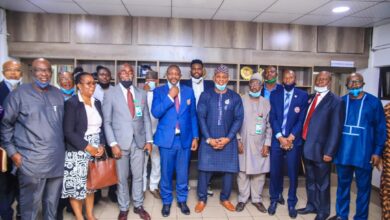 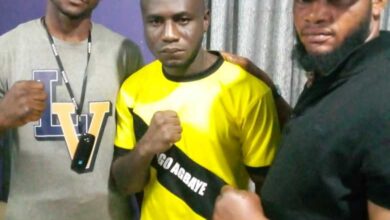 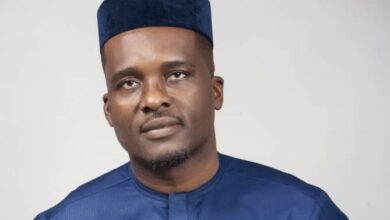