Catholic Men Organization of Nigeria Lagos Archdiocese (LACMON)/ has lend its voice in condemning the Cold – blooded murder of Deborah ,a student of Shehu Shagari College of Education Sokoto for alleged Blasphemy.

The President of LACMON, Barr. Vincent Otiono Esq while addressing journalists at the Organization’s Corporate Office/on Tuesday in Lagos described the killing of Deborah as Extra judicial ,Primitive and Stone Aged in nature.

He stated that nobody is entitled to embark on Self Help in addressing any perceived Infractions.
Praising the Proactive efforts of the Sokoto state Governor Tambuwal and the Governor of Kaduna State Mallam Nasir El Rufai in containing the tension created by the Crises.

He called on members of various religious organizations to continue to live together in peace and harmony.

He equally condemned in strong terms the lynching and Burning of a Sound engineer to death in Lagos and praised the Police for promptly arresting persons that have connections with the gruesome murder of the Sound Engineer.

He also condemned the setting ablaze of two persons in Lagos for allegedly stealing mobile phones describing these barbaric incidences as worrisome with the rising wave of this inhuman form of Jungle Justice in Nigeria and emphasizing that the Nigeria law does not Condone this act of Jungle Justice.

He further added that members of LACMON estimated to be about four million should ensure that they all participate in the ongoing political process by getting their PVCs ready to elect God fearing Leaders that will deliver the Dividends of Democracy to the masses. 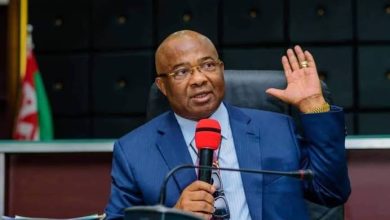 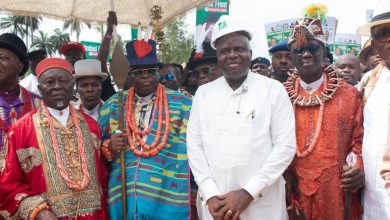 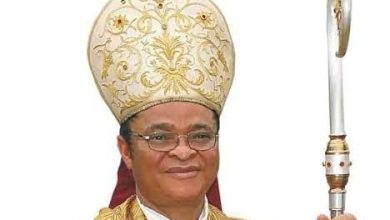 We expect much from you as Shepherd of the faithful, Uzodimma tells Ugorji 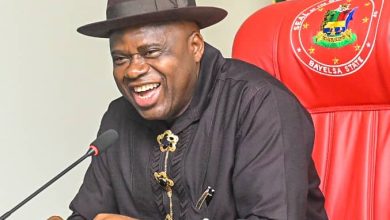