Ineffective communication between two significant players in the health sector muddied the waters Saturday 11 July concerning the otherwise positive news of the development of a licensed Nigerian medication against aspects of Covid19.
It showed what can go wrong in communication of sensitive matters such as those requiring the approval and consent of a third party. It also provides a teachable moment for professionals in healthcare, regulation, and communication.

Pax Herbal Clinic and Research Laboratories, Ewu, Edo State announced that it had finally received the approval of NAFDAC for the marketing of its CUGZIN.  It was all over the media on Saturday. The Pax Herbal news release stated, “After a series of screening, spanning eight weeks, NAFDAC has today approved our Paxherbal COVID-19 herbal drug, Paxherbal Cugzin, for public use.

“It is the first to be so approved and presently the only one. The drug is specifically for treating the symptoms associated with the coronavirus.”

Writing on their official Facebook page, Father Anslem Adodo, Director of Pax Herbal, expatiated on the announcement. He wrote under the headline Official Announcement from Pax Herbal. Father Adodo stated, “We at Pax Herbals are happy to confirm that our CVDPlus, which has been renamed CUZIN, has been issued a NAFDAC number as ‘an immune booster and an anti-infective.’

We are aware that there is a lot of anxiety in the land, and people are hungry for any reliable immune booster as prevention. PAXHERBAL CUGZIN will help to boost body immunity, as there is yet no officially approved drug for the cure of COVID-19. We ask our followers to look out on our Facebook page for official statements and be weary of different claims or stories or images on social media about our products.

The Guardian report on the matter amplified the statement. It reported Adodo as saying that NAFDAC had earlier given tacit approval for the drug to be used, even though the body was yet to make that approval official; hence the first packs of the herbal remedy bore the disclaimer, “these claims have not yet been verified by NAFDAC.”

Pax Herbal Cugzin, which had earlier been produced under the brand name, ‘CVD PLUS,’ before it was rebranded to ‘Paxherbal Cugzin,’ is in capsules and packaged in a container of eighty 290mg capsules, each containing Garcinia Kola, Curcuma Longa and Zingiber officinale.”

As the news hit the airwaves, print and social media, NAFDAC reacted as one stung. It issued a disclaimer.  Prof Moji Adeyeye, Director General of the Agency, dismissed the Pax Herbal claim as wrong and inaccurate.

Prof Adeyeye stated, “Pax Herbal applied for Listing of Pax Herbal Cugzin capsule 290mg which was approved by NAFDAC and Listed as “Safe to use”. The applicant claimed that it is an immune booster and an anti-infective.

“However, as part of the labelling of the product, and in line with global practice, a Disclaimer is on the product label, which clearly states that the claims have not been evaluated by NAFDAC.

Therefore, the statements circulating in the social media that NAFDAC has approved Paxherbal product “specifically for treating symptoms associated with Coronavirus” is WRONG and INACCURATE.

Until a clinical study is done in a scientific manner, no herbal medicine manufacturer can claim effectiveness to treat COVID-19 associated symptoms.”

It is difficult to understand the source of the disagreement. The NAFDAC statement confirmed everything that Pax Herbal stated. Everything.

𝗣𝗮𝘅 𝗛𝗲𝗿𝗯𝗮𝗹: “We at Pax Herbals are happy to confirm that our CVDPlus, which has been renamed CUZIN, has been issued a NAFDAC number as ‘𝗮𝗻 𝗶𝗺𝗺𝘂𝗻𝗲 𝗯𝗼𝗼𝘀𝘁𝗲𝗿 𝗮𝗻𝗱 𝗮𝗻𝘁𝗶–𝗶𝗻𝗳𝗲𝗰𝘁𝗶𝘃𝗲’. 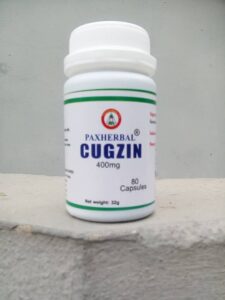 𝗡𝗔𝗙𝗗𝗔𝗖: “As part of the labelling of the product, and in line with global practice, a Disclaimer is on the product label which clearly states that the claims have not been evaluated by NAFDAC.

Therefore, the statements circulating in the social media that NAFDAC has approved Paxherbal product “specifically for treating symptoms associated with Coronavirus” is WRONG and INACCURATE.”

NAFDAC evaluated the product of Pax Herbal, which clearly stated that it is an immune booster and declared it as SAFE TO USE. It then gave it a NAFDAC number. All across West and Central Africa, everyone regards a registration number from NAFDAC as a seal of approval. It is what it is.

NAFDAC admits to approving the drug as “safe to use” but only requires a disclaimer that it has not done clinical trials. Why did they then pass it? They licensed it and gave it a number. Why the prevarication in the statement?

Pax Herbal is no pushover in research. The research laboratory is better equipped than most institutions in Nigeria. They subject their products to rigorous testing in line with the highest scientific protocols.

The contradictory statement of NAFDAC sees an agency in conflict with itself on the matter of regulation of traditional medicine. There is no western protocol to follow. The call is on NAFDAC to develop and implement protocols for the regulation of medication developed using indigenous herbs. It struggles with sounding scientific according to the Western canons and doing the right by our society and systems.

NAFDAC seeks to comply with the dictates of Good Regulatory Practices (GRP). It should. The World Health Organisation states that “Good regulatory practices (GRP) provide a means for establishing sound, affordable and effective regulation of medical products as an important part of health system strengthening.”

The WHO stipulations for GRP include legality, impartiality, consistency, proportionality, and flexibility. Others are effectiveness, efficiency, clarity, and transparency. NAFDAC should look at the dictates on proportionality, flexibility and clarity again.

The NAFDAC statement has thrown eggs in both their faces. It was unfortunate and unnecessary. The announcement cast needless doubts on the efficacy of NAFDAC as the regulator and the desirability of using the CUGZEN. In which case, it threatens the investment of a Nigerian firm in these difficult times.

NAFDAC may want to look at incorporating Communication Procedure for Regulated Products in its GRP for Nigeria. 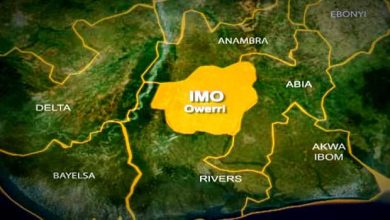 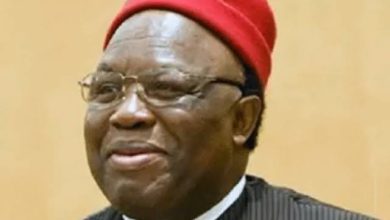 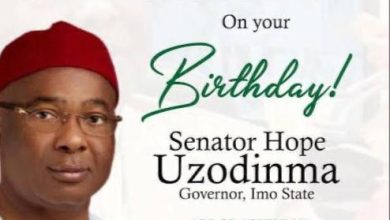