The Chief Executive Officer of Monimichelle Sports Facility Construction Ltd, Mr Ebi Egbe has commiserated with the proprietor of Remo Stars, Kunle Soname over the death of his player, Tiamiyu Kazeem (Kaka).
Egbe who described the incident that led to the death of the rising star as painful charged the police authorities to thoroughly investigate it and bring the culprits to book.
“Kaka’s death is a big loss not just for Remo Stars but to the football family in Nigeria. This is sad and we just hope the incident would be thoroughly investigated,” Egbe said. 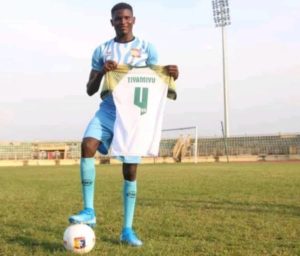 Kaka it would be noted met his untimely death last weekend after he was arrested by operatives of SARS in Ogun state.
The police according to competent sources has since arrested the officers that were involved in the incident which jolted Nigerian football stakeholders.