Over the past few years, there has been consistent discussion across many fora, in towns and villages in Anambra, with recurrent articles in local and national media, talks amongst people of different age, sex and class about one man, Dr. Godwin Maduka.

Who is this Dr. Godwin Maduka everyone is talking about, and why is there mass call for him to be the next governor of Anambra State?

Dr. Godwin Maduka is a clear example of grass to grace. A harbinger of hope for every child from a humble home, with desires to achieve a life of success. He depicts the connection between the haves and the have-nots, because he has been  much in both ends of the divide and truly understands the feel.

Dr. Maduka grew up in his native home of Umuchukwu, where he followed his father into the bush in search of herbs and medicine leaves. Papa Godwin was a herbalist, gifted in the act of healing people with roots and leaves. He wasn’t a rich man, in fact he barely had enough to take care of his family. Often he earned by the little he got as appreciation from those he healed with herbs. But he was a man known for his uprightness and integrity, a man satisfied with the little earnings and gracious by his act of healing.

Godwin Maduka grew up carrying the Father’s medicine bag as they walked the bushes in search of herbal leaves and roots. He was dependable and dedicated to this, it didn’t take long he fell in love with his fathers work. Small Doctor as he was often christened then, stayed by his father and learned the traditional way of treating ailments with herbs. However as a child driven by passion and ambition, he knew his place wasn’t just there, he had ambition to study further, these things he’d learnt the native way. The young Godwin soon developed interest to learn all these in the white man’s land, but because he didn’t have anyone to sponsor his education, there was serious setback.

Godwin Maduka didn’t give up, rather he continued to pursue the dream of going to the white man’s land to learn how to cure serious ailments with herbs. Because he was an intelligent young man, driven by the heart of love to heal people, soon his persistence paid off and he got scholarship to study in the white man’s land. And like the Proverbial Solomon, who asked for wisdom but got more, God didnt only give him the opportunity to study in the White Man’s land, God gave the young Godwin the privilege of studying in the best University of the whitemen. Young Maduka to the amazement of everyone, got scholarship to study chemistry and pharmacology at Harvard University, USA.

As they say, the rest is now history. Since then, Dr. Maduka had not looked back in his pursuit for knowledge. He was dogged, evaviscent and unstoppable. The Harvard opportunity was humongous, and as that young Umuchukwu boy, born of a herbalist father, who knew what difficult life was like, and who toured forests in search of roots and herbs for survival, he knew where he was coming from, and so he took the opportunity with all he got and ran with it. Dr. Maduka ended up acquiring multiple degrees, including three PhDs and Professorship in three major areas of Sciences including Medicine and Surgery,  Pharmacology and Pharmacognozy and also Anaesthesiology and then host of other degrees.

Haven gained authority in his field of study, in the white man’s land, Dr. Maduka knew he would have to do more to gain the kind of wealth needed, enough to impact his community. He had not forgotten his community, nor his state, Anambra.

In fact those were part of the driving force that kept him going all the while he studied in the white man’s land. To achieve the financial clout needed for the kind of impact he wanted, Dr Maduka, now a Pain Specialist, set up the Las Vegas Pain Institute and over the years, grew it to become one of the best pain relief institutes in the USA with Six(6) different Centers.

It’s as though he has achieved all he wanted, you would say, but like the biblical shephered, David in the Bible, Dr. Maduka never forgot all those moments he spent touring the bushes, dodging snakes, thorns and insects in search of herbs and roots with his father. He knew what it was like growing in a society where things were tough and though he had gained education, good quality life, better administration of business, he never stopped yearning for a better life for his people.

So for over Seventeen years, Dr. Maduka began coming home to make impacts in various ways. First he set up the Godwin Maduka Foundation, and then followed by setting up tremendous ground breaking projects across his community. The numerous projects were as humongous as they were unimaginable, such that people from far distance would travel to see, truly were these things truly so.

The then executive Governor of Anambra State, HE Peter Obi was one of such persons that was moved by the tremendous impacts made by this great man, Dr.Maduka. Mr Peter Obi stated that he would himself go to see what he was hearing, and lo and behold he was as astonished as every other person as he visited Umuchukwu. In fact he promised to compliment the efforts by supporting to construct some more roads in the community.

Umuchukwu formerly known as Nkerehi is a town not much known for development. In fact the absence of development over the years contributed to growing poverty and lack of opportunities in the land. There was high criminality, and hopelessness. In fact the crime rate was so high that Igwe Michael Ukaegbu, the traditional ruler of the place was kidnapped. And things continued to be bad until God used their own son, Dr. Godwin Maduka to change the fortune of the land.

Umuchukwu today could be said to be a community in the “hands of God” as lots of idle youths who were lured to crime are ably engaged in activities  bringing values to themselves. Aside providing supports and cash for youths to start businesses, Dr. Maduka set up a skill aquisition centre that has engaged hundreds of youths in production of saleble wares. 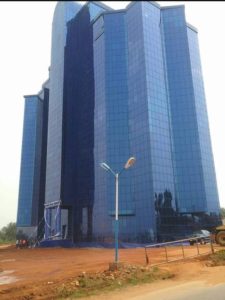 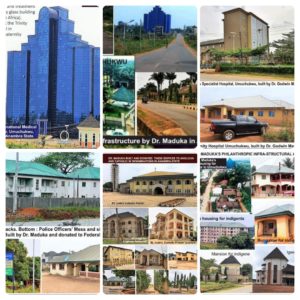 It would surprise you to know that all these were done through his personal funds. All to the Glory of God and to help humanity.

It is therefore not surprising why there is so much call for his leadership. Dr. Godwin Maduka has shown that he is a good administrator, a compassionate leader and a man with rapt understanding of the needs of his people. Just as he has turned his community to a land of admiration and interest, today he asks for an opportunity to transform Anambra State into a land of admiration and interest.

This is one of the reasons, our mothers, our fathers, our uncles, our sisters, our little children, our brothers and sisters and everyone in Anambra today is asking for us all to come  together and give Dr. Godwin Maduka this onerous  opportunity to transform Anambra State.

Ndi Anambra, the choice of Dr. Godwin Maduka will be best for us. 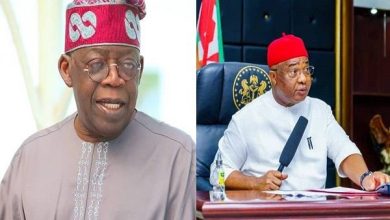 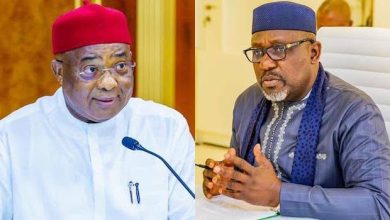