The leadership of the Nigerian Football Federation (NFF) recently held a crucial meeting through conference call where far reaching decisions were taken on the best ways to sustain football development in the face of the harsher economic downturn necessitated by the Covid-19 Pandemic and the free fall of oil price.

Before refreshing our minds on the decisions of the NFF, I wish to commend the football governing body of our land for being proactive and sensitive to the prevailing circumstances and situations threatening lives and our beautiful sport (football).

For the records, part of the decisions reached include the mandate handed to the President and General Secretary to cut down expenses from all areas possible and enforce belt-tightening measures in the running of the Federation, to ensure the Federation operates only within the framework of guaranteed revenue.”

In addition, the President, Amaju Melvin Pinnick, will interface with the Federation’s partners and sponsors to appraise, balance and optimise the relationship each way with a model that will take care of the interest of all parties within the realities on ground.

And the Board mandated the General Secretary to, within the next four (4) weeks, and armed with the realistic projections derivable from the meetings with the partners/sponsors and equipped with new figures from probable subvention from Government and expected grants from the Confederation of African Football (CAF) and world –governing body FIFA, submit to the Board a revised budget for the Federation for the year.

This will form the new working document/financial estimate that will be submitted to the NFF Congress for approval at a virtual meeting within the next five weeks, and will guide the operations of the NFF for the remaining part of the year.

I must confess that this is the way to go. However, I sincerely think that the NFF’s proposal of a new contract with Super Eagles manager, Gernot Rohr cast a dark cloud on the lofty plans of the Federation to keep football alive.

Though, Rohr’s proposed new contract may have slashed his pay but it is still bogus enough to constitute a hiccup in the overall financial plans of the NFF to reduce cost through austerity measures.

Since Rohr’s arrival, our league (NPFL) has taken a nosedive in terms of production of quality players. The simple reason behind this is that the morale of the local players has been dampened by Rohr’s refusal to give them a look in. This is destroying our domestic game which coaches before Rohr used as breeding and recruitment ground for top European clubs.

The Near Success Syndrome of Rohr doesn’t support his continuation on the job. For over four years, we have been fed with he qualified us for the World Cup as if suggesting that we had never featured in the World Cup nor won AFCON tournament. Qualifying Nigeria for Egypt 2019 where he finished with a bronze medal has been the alibi of his supporters to keep him on the job.

Rohr (unlike Clemens Westerhorf who impacted so much on local coaches like Christian Chukwu and Bitrus Bewaranag among others who assisted him) has failed to impact on the likes of Imama Amakapabo, Alloy Agu and others working with him in the past few years. No league can improve with such coaches who learn nothing from their supposed superiors or principals.

Little wonder Amakapabo lost serially in all tournaments and competitions with the home-based Eagles and the U-23 Eagles respectively. It is most unfortunate that the NFF’s choice of Salisu Yusuf who is unpopular among stakeholders to assist Rohr strikes the smack of a hidden agenda. Certainly an agenda of failure.

I dare ask, is Yusuf the best or most qualified coach we have to assist Rohr? Rohr’s decision to come with a foreign assistant from the day he took up the job here has taken its toll on our football. Both knew nothing about our local players, their temperament, strengths and weaknesses from day one. Sadly, four years on, they insist in shutting out our local players from the national team. This is not a progressive step.

Running around Europe and engaging every teenager who has a Nigerian blood running in his veins irrespective of the cadre of league he plays is not the best way to search for talents or scout for players. Westerhof did not present Nwankwo Kanu, Chidi Nwanu, Sunday Oluseh, Daniel Amokachi, Austin Okocha, Uche Okechukwu, Finidi George and Ben Iroha amobg others to the world through this means. Rather he combed the nooks and cranies of our country to fish our raw talents who he transformed into superstars.

NFF should be bold enough to take the bull by the horn and do the needful which is appointing an indigenous coach from the shortlist of notable names like Finidi George, Emmanuel Amuneke and Sunday Oliseh.

The fact that Nigerian football enthusiasts widely applauded the appointment of Joseph Yobo as assistant coach speaks volume of their body language on the knotty issue of keeping a non productive foreign coach. It s equally an indication of the mindset of the Nigerian football fraternity which is that a local coach should be given the job.

It is argued in most circles that the NFF’s failure or refusal to appoint a local coach has a label of ethnic and religious concerns which have been the major banes of football development in our country. Call a spade a spade and hand the job over to someone qualified to do it.

The ex-internationals mentioned above are all Nigerians and coaches. It doesn’t matter the ethnic group the came from. Their religious affinities should not an issue. Merit should not be sacrificed on the altar of ethnicity or mediocrity or even religious malady.

It is time, we dumped the clad of ethnic and religious considerations into the abyss to move forward. It has never helped our nation. It is one of the reason we are where we are at the moment. 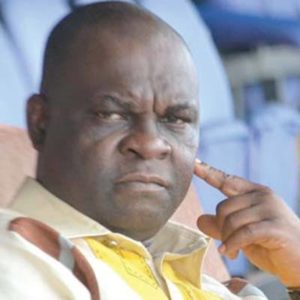