The Generation Next Basketball Showcase championship will commence Saturday, 17 September across four courts in Lagos state with Ilupeju court hosting the opening game. The Showcase phase which will last for six weeks will see teams divided into groups to play at basketball courts in Ilupeju, Ajegunle, Oworonshoki, and Ikorodu. It is coming just days after the completion of the Olumide Oyedeji Basketball Camp where over 400 kids were in attendance.

The program put together by the Olumide Oyedeji Youth Foundation will feature over 300 kids below the age of 17 years from basketball academies within Lagos State.
Speaking at the press conference which had the Director General of the Lagos State Sports Commission, Oluwatoyin Gafar in attendance, founder of OOYF, Olumide Oyedeji said

“Games will be played on Fridays, Saturdays, and Sundays for the next six weeks. Teams will be grouped according to their zones for ease of access”.

Following the conclusion of the Showcase mode, there will be a FINAL 4-WEEKEND and ALL STARS GAME alongside other activities before the Classic phase will commence with six franchises formed after a combined draft system.

“60 players from over 300 players who participated in the first phase will be selected into a draft pool. The selected players will undergo workouts, physical tests, and play games before getting drafted into teams,” Oyedeji revealed.

Speaking on the vision behind the initiative, Oyedeji said, “We wanted to provide a platform and opportunities for these kids to get ready for the next level, have a taste of professionalism, get them ready for High Schools and Colleges. Six outstanding players (off and on the court) at the competition lasting 16 weeks will be awarded scholarships to high schools and colleges depending on their age”.

The Lagos State Sports Commission DG, Oluwatoyin Gafar lauded the latest initiative. He said it is in line with the THEMES (Traffic Management and Transportation, Health and Environment, Education and Technology, Making Lagos a 21st Century Economy, Entertainment and Tourism, as well as Security and Governance) agenda of Lagos State under His Excellency, Babajide Sanwo-Olu. 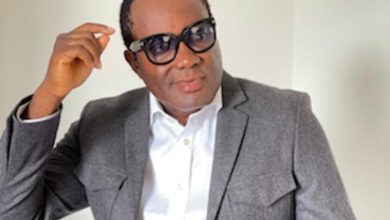