Organizers of the annual Sportsville Special Recognition Award has announced February 13 as date of this year’s  ceremony.

Chief Executive Officer of Sportsville, Frank Ilaboya,in a release made available to the media disclosed that the event  which started last year would hold  on Sunday, February 13 at the Radisson Hotel, Isaac John, GRA, Ikeja with funfare.

Ilaboya disclosed that some of the nation’s finest sports personalities would be honored at the event.

“We are excited to announce that all  is set for this year’s award ceremony. Some distinguished sports personalities have been selected by our panel to receive awards  in various categories this year,” Ilaboya stated, even as he added that Sportsville stands for excellence.

Ilaboya, a former chairman of Edo State FA pointed out that the Sportsville  Special  Recognition Award was initiated last year to mark the company’s 20th year as the nation’s foremost independenct sports production and marketing outfit.

“Cloaking 20 years as an independent sports company in Nigeria was a landmark achievement for us, that was why we came up with the award to mark the very important date in our company’s history. Basically, the award ceremony is our own  way of appreciating the effort of those who have contributed to the nation’s sports development over the years.” 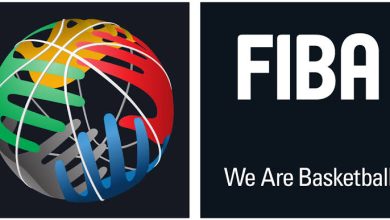