Governor Hope Uzodimma of Imo State has committed to support Christian and Muslim faithful in their annual Pilgrimage and Hajj activities, and urged adherence of the two religions to compulsorily work together for the peace of the society.

To close any gap of divisiveness between the Christians and Muslims, the governor has therefore set up a joint committee of both faiths in Imo State with the security agencies as supervisors on how the members can live harmoniously and freely as brothers and sisters without rancor.

Governor Uzodimma made the commitments at the weekend when he received in audience the leadership of the Christian Association of Nigeria (CAN) led by the Imo State President, Rev. (Dr.) Eche Divine Eche and their Muslim counterpart led by the Chief Imam of Imo State, Barr. Suleman Yusuf Njoku, at the State Executive Chambers, Government House Owerri.

Addressing the duo, the Governor informed that he decided to meet with the two groups because of his conviction that they are the most reliable point of contact for all Christians and Muslims in the State.

He reminded the groups that there are a lot of strings binding them together, and advised them to shun hate and violence among them, and the things that will bring communication gap.

The Governor reiterated that because of the level divisiveness he met on assumption of duty, he found it expedient to set-up a joint committee made up of Christians and Muslims in the State, with the security Agencies as supervisors, on how to bridge communication gap and pursue peace together.

“This is to ensure harmonious coexistence among Christians and Muslims and reduce the problems of miscreants hiding under your differences to commit all forms of vices, claiming to be Fulani Herdsmen or Boko Haram,”  Governor Uzodimma said and emphasized that “every citizen of the State must live together within the ambits of the law, and when anyone commits crime the individual must go in for it.”

The Governor promised that his administration is committed to the protection of lives and property, encourage freedom of worship, and enjoined Imo people to encourage their religious leaders and pray with them.

He lauded the religious leaders for finding time to visit and enjoined them to “refrain from all forms of violence and or resort to self-help, as self-help always leads to reprisal attacks, which makes violence intractable.”

While presenting the group to the Governor, his Special Adviser on Religious Affairs, Very Rev. (Dr.) Chidi Nwanebu explained that the group came to show their determination to pursue peace together and to live harmopnously and consequently, ensure an enduring synergy between the two faiths in the State.

Chairman of CAN, Rev. (Dr.) Eches D. Eche thanked God for making it possible for Governor Uzodimma to recover his stolen mandate, and prayed that God should mercifully sustain the Governor. He also thanked the Governor for his magnanimity to CAN in the short period of administration, and said Christians in Imo State are happy with his administration so far.

On his own, the Chief Iman of Imo State, Barr. Suleman Yusuf Njoku reiterated  that it is only God that gives power and that having established Governor Uzodimma in Imo, “there is nothing on earth that will remove him from office.” He thanked the governor for bringing both Christians and Muslims in the State together and prayed God to continue to bestow on the Governor the wisdom he needs to pilot the affairs of the state.

The meeting was witnessed by the Deputy Governor of Imo State, Prof. Placid Njoku, the Speaker Imo State House of Assembly, Rt. Hon. Chiji Colins, the Secretary to the State Government, Chief Cosmas Iwu, Heads of Security Agencies in the State, and members of the State’s expanded Executive Council. 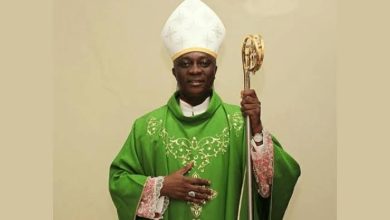 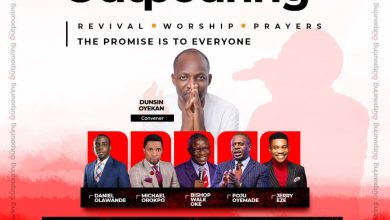 Revival Crusade ‘The Outpouring’ To Air Live on DStv, GOtv 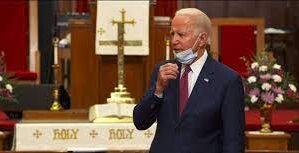 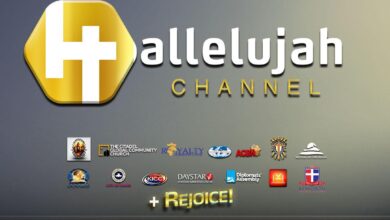 Hallelujah pop-up channel returns to DStv and GOtv this Easter