Facebook Twitter LinkedIn Pocket WhatsApp Telegram Share via Email
By John Oke
The recent advice by the Nigerian governors to Federal Government, to trim its work force is not only wicked, but unjustifiable.
These supposed  political leaders, specifically, asked President Muhammadu Buhari, to ‘offer public servants, who are older than 50 years, a one-off retirement package to exit the service.’
This according to them, should be part of coordinated efforts to instill fiscal discipline and prevent the nation from imminent economic collapse.
This is not only myopic, but also hypocritical, as this recommendation does not consider civil servants welfare.
Imagine the disheartening scenario of a governor or minister who after serving out his tenure with little or nothing to show for his years in office, ends up in the Senate just to sit tight and collect huge salaries and allowances.
This is in addition to what he gets as pension for serving an 8-year tenure.
Many states have been financially crippled with enormous debts, due to profligacy in governance.
The political class is the major cause of the nation’s economic and social woes.
They perpetuate impunity, through corruption, nepotism, financial rascality and skewed appointments, often characterized by mediocrity and autocracy.
Why was Stephen Oronsaye Report, which was first presented  to President Goodluck Jonathan’s administration not implemented?
Obviously, it is because of the sacred cows of politicians in the system, who fear they would lose their relevance and meal ticket. If that report had been implemented years back, may be the governors would have had no reason to talk this way.
Mr. Governor, it is wisdom for you to also scale down on your aids. Most Governors, if not all, have aids that are virtually doing nothing, but earn more than a Director in the Ministry. Some have over 1,000 aids, all in the name of politics.
From available statistics, the Federal Civil Service employs just about 89,000 people but still spends about N4.1 trillion on personnel costs this year, from its N17 trillion budget for the entire country.
What is the guarantee that implementing this policy of laying off these civil servants will reduce the personnel cost to a reasonable level? On this note, I suggest four options as a way out:
Firstly, the exit of civil servants who are 50 years and above should not be compulsory but voluntary. Let the retirement package for exiting civil servants  be so enticing that those willing to leave can leave.
Some are actually tired of the system and with the right package, they will bow out honorably.
Additionally, willing public officers should have a pre-retirement training to prepare them on how to invest their money wisely, engage in skills or services that will still keep them productive and self sufficient thereby contributing to the growth of the economy.
Secondly, let their be staff verification exercise in all MDAs to weed out those with fake certificates, false age declaration papers and those with records of gross misconducts.
Thirdly, the tenure policy which is already in the new/revised 2021 Public Service Rule (PSR) should be implemented.
The policy says,  “a Director or its equivalent by whatever nomenclature shall compulsorily retire after serving eight years on the post.
In the same vein, a Permanent Secretary shall hold office for a term of four years which is renewable for a further term of four years, subject to satisfactorily performance and more.”
Why has this not been implemented till date? Some persons, from all indications, simply want to frustrate the system as usual, so they can continue in office and live large to the detriment of those under them.
Today, there are a handful of civil servants who are stagnated in their careers. Some cannot move beyond a certain cadre because all you hear is, ‘no vacancy at the top’. Some have been stagnated for over 10 years and retire in that same position. What a disheartening and unjust system!
Speaking to Nigeria Labour Congress(NLC) in a meeting, the Head of Service, Dr. Folashade Yemi-Esan, once said, “I will invite the union to also come and sit down with us and think of a way of rescuing the service back. What you have now is not a service. We must agree on that.”
She further went on to stress that workers should attend trainings, as the Head Of Service believed that trainings would reflect on performance.
Auditing the system is quite imperative an urgent, if the system will be truly cleared of dead woods and thoroughly sanitized.
A bloated workforce, populated by over-aged, unfit and corrupt individuals should no longer be tolerated.
The era of travelling for unnecessary trainings and workshops, should be torpedoed.
Not doing so would be damaging to the system and nation.
Governments at all levels should, find the good will to instill a new culture of meritocracy, discipline and frugality in its affairs.
Focus should not be on those within the age of 50 and above alone.
The need to establish an effective surveillance system, for more productivity, effectiveness and prompt service delivery, at the three tier of  government would be most desirable and justifiable.
Ultimately, civil service, is an honorable career, that must upheld and appreciated.
It is a distinguished career, that significantly reflects the biblical scripture, “Say ye to the righteous, that it shall be well with him: for they shall eat the fruit of their doings.”
May God help us.
.Oke is a public analyst and senior civil servant
August 11, 2022
0 18 4 minutes read
Facebook Twitter LinkedIn Pocket WhatsApp Telegram Share via Email
Show More
Share
Facebook Twitter LinkedIn Pocket WhatsApp Telegram Share via Email Print 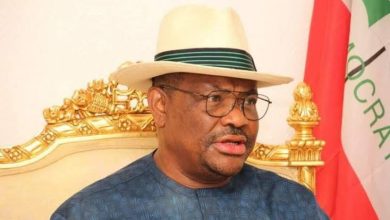 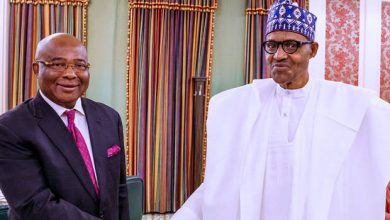