The people and leaders of Umuohiagu Autonomous Community in Ngor Okpala LGA of Imo State have expressed their support for the newly appointed executive committee, EXCO, of Umuohiagu Development Union, UDU, ably led by Ikemba Sunday Madu, describing the  appointment as a welcome development.

The community made her position known during a meeting held last weekend at the Central School Umuohiagu, at the instance of the new town union executive.

Speaking separately at the occasion, through their respective representatives, the four villages of the community namely: Ojiwe, Eziala, Umuorisha and Umuanyamele expressed their satisfaction with the calibre of persons appointed to lead the union and assured them of their support.

The community leaders who remarked that it is not the duty of government to appoint town union executive for communities in Igbo land however accepted to work harmoniously with the Sunday Madu-led UDU team in order to give peace a chance and attract development.

Chief Uju Madu who is the Leader of Umuohiagu Council of Chiefs advised the team to tread cautiously and avoid dabbling into the murky waters of Umuohiagu Ezeship pointing out that they must shun identifying specifically with any of the Ezeship factions in the community. 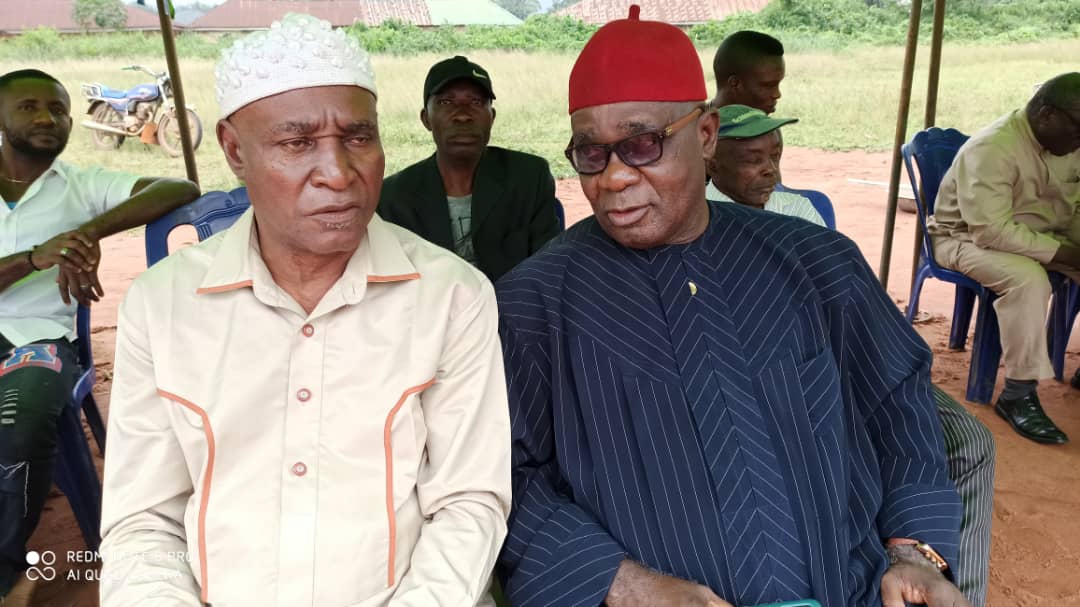 He further charged the committee to be mindful of how they deal with Ndi Nze while urging them to continue to consult Umuohiagu people in a general assembly from time to time in order to avoid a repeat of last mistakes.

On the Ezeship matter, Chief Robert Nze contended that all squabble is over considering the fact that the ball is now only in the court of Umuanyamele Village to produce the next traditional ruler stressing that no other village(s) of Umuohiagu has right of claim to the throne since the older three have taken their turns.

Prof. Afulezi charged the union leaders to ensure that they leave indelible legacies that would make their regime remain in the minds of the present and future generations of the community just as Dr A.C. Okere urged them to define their goals and pursue same with utmost diligence and tenacity of purpose.

Speaking earlier after the introduction of his members, the new President-General(PG) of Umuohiagu, Ikemba Sunday Madu informed the community that Governor Hope Uzodinma of Imo State in his wisdom dissolved all existing town union executives and appointed him and the members to oversee developmental activities in Umuohiagu  just like other communities of the state.

He thanked Umuohiagu people for turning out in large number and assured them that his team has come to bring peace and development which had eluded the community for about a decade now.

While soliciting the cooperation of all and sundry to enable his team succeed, Madu listed his priority areas to include; rehabilitation of dilapidated classroom blocks at Umuohiagu Secondary School, construction of a befitting town hall and rehabilitation of roads in parts of the community among several others.

Adding his voice, the member representing Logara/Umuohiagu Ward at the Interim Management Committee, IMC, of Ngor Okpala LGA, Hon. Japheth Njoku appealed to Umuohiagu people for patience as the government has a lot of goodies in its kitty for all communities in Imo State.

He appealed to all stakeholders to support him and the town union leadership for a better result and called for peace irrespective of individual differences and political party leanings.

The well-attended meeting was the first of its kind in the past couple of years since the community got engulfed in a protracted wrangling over which village should produce the monarch of the community following the glorious exit of HRH Eze Augustine I. Agube in 2010.

During the meeting, one minute solemn  silence was observed in honour and memory of the Vice President-General, Agu Samuel Aguocha(SAMBRO) who died a few weeks after his appointment.