The new Catholic Archbishop of Owerri Ecclesiastical Province, His Grace, Most Rev Lucius Iwejuru Ugorji was Thursday installed in his See, with Governor Hope Uzodinma of Imo State reminding the clergy that much is expected from him as the Shepherd of the faithful.

Archbishop Ugorji was installed by the Papal Nuncio in Nigeria, Archbishop Antonio Guido Filipazzi (as representative of the Pope) at a Pontifical Mass celebrated at the Maria Assumpta Cathedral Owerri, the Imo State capital.

Addressing the congregation at the end of Mass, Governor Uzodimma described the day as not only “a special day,” but “a solemn day that signifies glorious transition of authorities from the Archbishop Emeritus, His Grace, Most Rev. (Dr.) Anthony John Valentine Obinna to His Grace, Most Rev. Dr Lucius Ugroji.”

The Governor informed Archbishop Ugorji that much is expected of him by the Clergy and the Laity as “the Archdiocese of Owerri is the spiritual headquarters of Catholic faithful and other Christians of Imo and Abia States.”

He equally told Archbishop Ugorji that the faithful in the Archdiocese look up to his new office for their spiritual wellbeing “and as such are of great expectations of fulfillment under his spiritual administration.”

Governor Uzodimma noted that the Archbishop was coming at a time when the nation was at a crossroads “with heightened insecurity, youth restiveness and aftermath of global pandemics and its economic hardship.”

However, he expressed confidence in the ability of Archbishop Ugorji, based on “his pedigree, educational qualifications and pastoral experiences” as “the right man at the right time well prepared for the job.”

The Governor therefore described Ugorji and the challenges before him as “a round peg in a round hole.”

Continuing, Governor Uzodimma told the Archbishop that the society expects him “to provide the needed direction, unwavering voice to the voiceless and more importantly, justice to all and sundry.”

“Many will expect the Archbishop to be that Angel on earth who will carry the work of God without fear, favour or sentiment, I urge him to stand up at all times for the truth, fairness and justice for all.”

Governor Uzodimma assured the Archbishop that his administration will continue to partner with the Church to provide quality service to the people.

To the Eneritus Archbishop AJV Obinna,  Governor Uzodimma appreciated his contributions and hard work in the growth, development and expansion of the work of God in the Archdiocese since he took over the mantle of leadership in the Diocese with his “style of aggressive evangelism.”

He commended Archbishop Obinna, saying under his watch, the Archdiocese witnessed the planting of Parishes as well as the ability of the former Archbishop to weather the storm of many battles he faced in the course of carrying out the work of God in the Archdiocese.

He likened Archbishop AJV Obinna to St. Paul of the Bible describing him as ‘’one who has fought a good fight and has finished the race.’’ He wished him the best of retirement.

In his thank you remarks, Archbishop  Ugorji extended his hands of partnership to government, cavassed for peace in Imo State and beyond as the bed rock of development and urged all to come together and work to save our people from the trauma they are going through.

He called on all gladiators to sheathe their sword and join hands to work and walk with him for the overall welfare of the people.

Archbishop Ugorji reminded the congregation that the Church is one body in Christ through baptism and promised to engage the Archdiocese on entrepreneurship that will strengthen the economy and be able to generate revenue to empower the idle youths and the unemployed graduates in the Archdiocese.

“The Church is a gift and a great responsibility and will take steps towards self-reliance, development and expansion of the gospel through evangelism.”

He appreciated the great work done by his predecessor and recognised that Archbishop Obinna left a big shoe in the Archdiocese, but assured that he was coming on board with “a Custom-made shoe” that will suit the Church’s vision and mission and the expectations of the faithful.

In his Homily,  the Papal Nuncio of Nigeria,  His Grace, Most Rev. Antonio Guido Filipazzi charged the Bishops and the priests to remember the consequences of professing the word of God by their own wisdom and authority rather than to be always guided by the Holy Spirit.

He bemoaned insecurity in Nigeria, poor economy and condemned in strong terms the attack on the Church particularly by those who threaten kill a Bishop.

Archbishop Filipazzi described the transition and installation of the new Archbishop as a spiritual demand and programme ordained by God which he said, marks a serious chapter in the Body of Christ.

The installation ceremony was attended by 42 Bishops, including two Cardinals – Cardinal John Onaiyekan and Cardinal Peter Okpaleke, three Apostolic Papal Nuncios, many Reverend sisters and Knights of the Catholic Church. 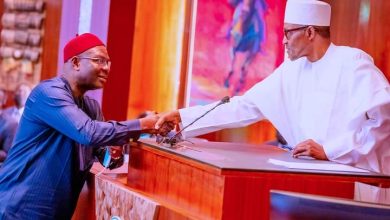 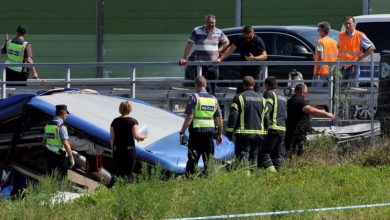 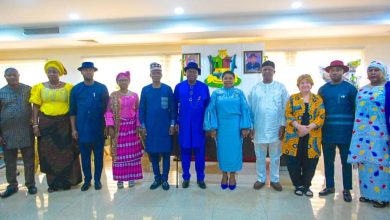 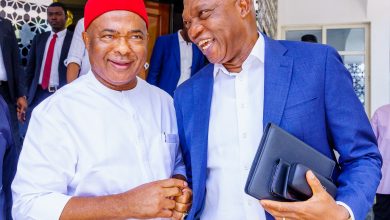